Here's what a few of our customers and reviewers have said:

"something spicy and seductive exists in a Papapietro Perry pinot"

"great silky Pinots that even a Zin fan can like"

"Papapietro Perry ranks #1 for me in the Pinot category. They've held my top spot for years".

"I must say, we have never been to any winery where we liked EVERY wine we tasted. Fortunately we only tasted 7 wines and bought all 7 plus joined their wine club"

"OMG! The best Pinot I have EVER had"

"An Embarassment of Riches"

We are honored to continue to receive recognition from the critics. Along the way we have garnered over 50 90+ scores from Wine Spectator alone. Here is a sampling of other accolades we've received. 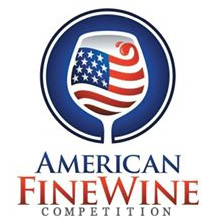 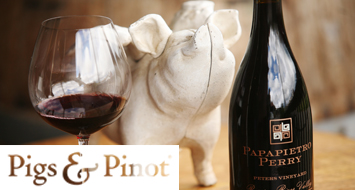 2014 - Wine Spectator, James Laube: Style Considerations: To Buy or Not
"Another example: the Papapietro Perry 2012 Pinots. This winery has been a personal favorite ...."

2012 - Wine Spectator, Tim Fish: Dry Creek Valley
Ben Papapietro and Bruce Perry were amateur winemakers before they took a stab at the big leagues with their 1998 release. Today they produce a consistently notable lineup of more than a dozen Pinot Noirs, plus Zinfandel and Chardonnay. The winery and tasting room are located on an old ranch where more than a dozen producers have set up business. Papapietro Perry's tasting room is a cozy space, with a copper-topped bar crafted from old barrel staves.

2011 - Wine Spectator
Named one of the Top 20 Pinot Noir producers in Sonoma County by James Laube with over 40 wines scored 90 or higher from Wine Spectator magazine.